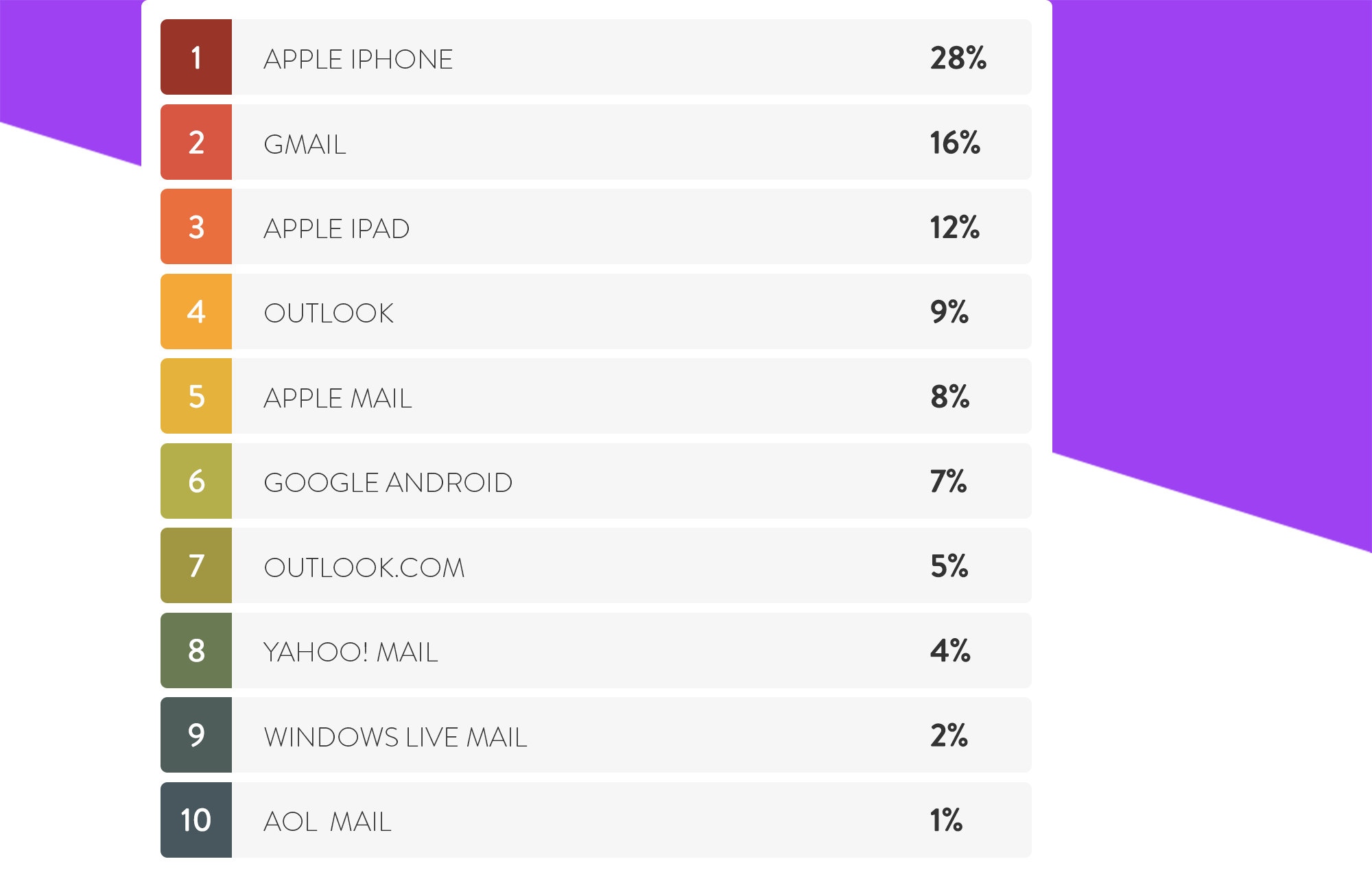 Our 2014 market share data stems from over 12 billion opens collected worldwide with Email Analytics between January 1, 2014 and December 31, 2014.

Our open data highlights worldwide trends across all industries and verticals. Open data for your subscribers is likely different. We recommend using Email Analytics to determine email client open popularity for your audience.

As always, it’s important to note that some email clients may be over- or under-reported due to automatic enablement of images and/or image blocking. The aforementioned Gmail changes also impacted open rates during 2014. 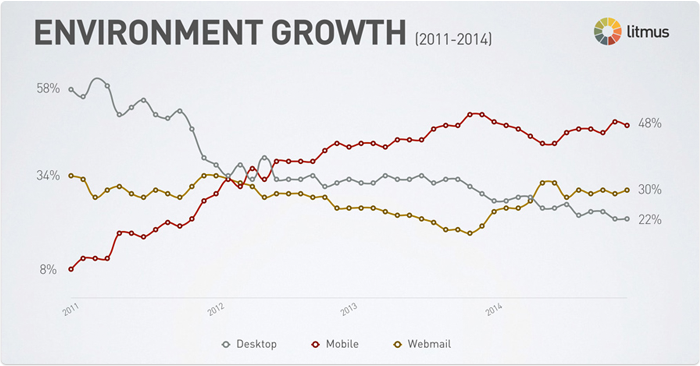 All opens from Gmail now fall into the webmail category, which explains why webmail opens increased over the course of the year. In addition, since some mobile Gmail opens are now reported as webmail opens, mobile opens steadily declined in the first half of 2014. However, things started to pick back up in June and mobile opens began rising once again.

By looking at historical data and trends for mobile growth and the difference in Gmail opens before and after the updates, we can attempt to adjust market share to account for the mobile opens that are being counted as webmail. On average, it appears as though mobile opens are probably 3–5% higher than what is currently detectable. 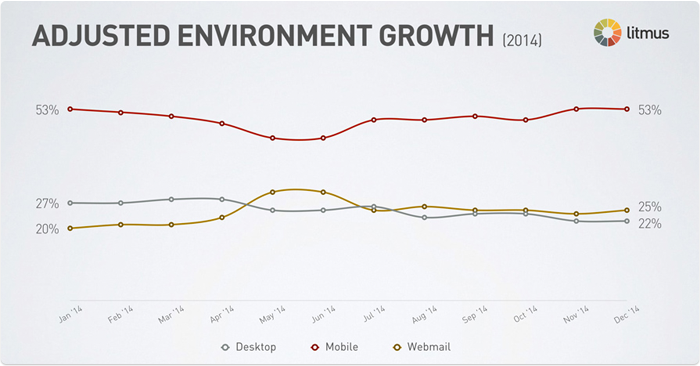 These adjusted figures puts the year-end open rates at 22% for desktop, 25% for webmail and 53% for mobile.

Over the course of 2014, Android opens decreased 40% to represent only 7% of opens. This decrease is also a result of changes to Gmail, since some opens that were once attributed as Android mobile opens, are now being tracked as Gmail webmail opens. However, iPhone opens rose from 25% to 28% over the year. 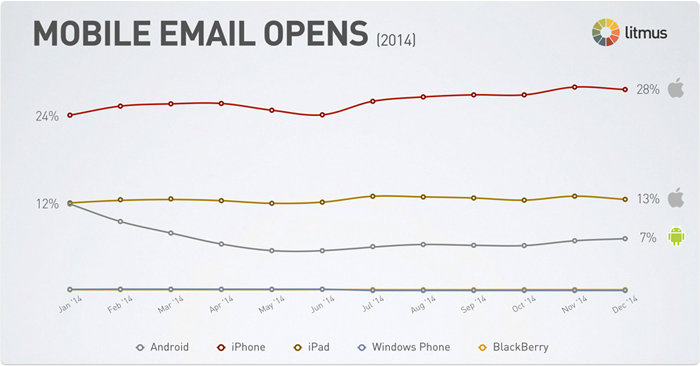 After the release of the Yosemite operating system in mid October 2014, Apple Mail opens spiked and closed out the year representing 38% of desktop opens (and 8% of total opens).

Conversely, Outlook opens decreased from 13% to 8.7% of total opens over the course of the year—about a 33% decrease. All versions of Outlook took a hit particularly around the introduction of Yosemite. This is likely a result of businesses shifting away from expensive desktop suites towards scalable mobile and web apps, like Google Apps.

What does it all mean?

Whether it’s the addition of a new or updated email app, an email client dropping support for HTML or CSS attributes (without notice, of course), the email world is constantly changing and advancing. As marketers and designers who spend your days planning, coding, testing, and executing email campaigns, it’s your job to stay on top of the latest updates and advances. After all, we all know that a poorly executed email can affect opens, clicks, conversions, and most importantly—your brand.

Utilize free and paid tools to maximize the impact of your marketing messages. Litmus makes it easy to research, learn, build, test, troubleshoot, and analyze every campaign. Ensure that you’re providing your subscribers with the best email experience possible, and getting the best possible results.

Kevin Mandeville is a content designer at Litmus. Apart from pushing pixels to perfection, he also co-hosts The Email Design Podcast.